There’s no point in being an entrepreneur and doing it half-heartedly. If you don’t go at it full-bore, you get caught between two worlds with none of the advantages of either.

Back in 1978, just four years after I’d started being an entrepreneur, I went bankrupt because I just hadn’t learned enough yet to be successful. I went to see my bank manager, who was a very nice man, but he’d been a banker for 30 years, and it was the only world he knew. In our meeting, he said to me, “Why don’t you stop this nonsense? You’re a writer, you’re an artist. Why don’t you go back and get a job?”

“Because there’s just no possibility of that,” I answered.

“Well,” he said, “I guess that’s the difference between an entrepreneur and someone in my position: I believe there are always alternatives.”

I replied, “No, there’s no alternative. Whatever pain or hardship I have to go through, I’ll go through it until I’ve learned whatever I need to learn in order to become really successful.”

Arriving at this decision was a real multiplier, because from that point forward, I simply couldn’t be distracted. I wasn’t open to alternatives — I was going for it.

I’m reminded of the Greek generals who, on reaching enemy shores, sent their men into battle and ordered their own boats to be burned. They said, “The only way we’re sailing back to Greece is in their boats.”

Many human beings never make a fundamental decision about anything, and thereby deprive themselves of the enormous motivation and focus that comes from fully committing yourself to an endeavor.

One of the key things I learned since making those first two decisions — that there was no alternative and that I would persist until I’d learned how to be successful — is that it can’t be about you.

If your business idea is going to be successful, it has to be about you using your talent to help someone else move toward their goals so their life becomes better. Then, as a result of creating that value, you are rewarded.

This is where the money proposition comes in. It’s a loop: You create value, you’re rewarded, you create more value, you receive a bigger reward.

So we’ve got three multipliers:

When you have these things, the world suddenly looks different. It’s not about your security; it’s about their opportunity. There’s a simplicity that enters your life when you realize that. 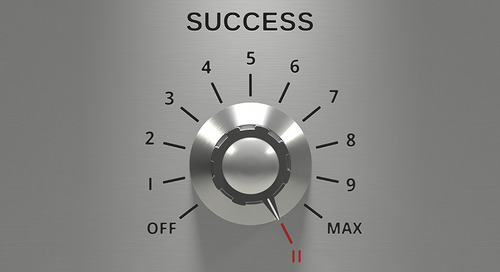 Imagine someone from 1911 traveling along in their horseless carriage, and then suddenly they’re transporte...