In most organizations (and entrepreneurial companies are not exempt), meetings are treated as the drudging process you have to go through before there’s any agreement or alignment on a given project. This is because there’s been no half-hour thinking on the part of one person beforehand to make meetings more productive. Instead, you’re starting from scratch, using up a lot of people’s time.

For the most part, the people attending the meeting are starting off in a state of ignorance: they don’t have the information, they don’t have the context, they don’t have clarity about what the finished project looks like. It’s considered normal to spend hours just getting to the point where there’s clarity on what one person intended in the first place.

This is a colossal waste of time. It’s demoralizing. It introduces conflict and a lack of clarity. When you start a project, you’re starting with people having no sense of purpose or direction, resulting in them not feeling good or clear about it, but they don’t want to say anything. This is using up the most valuable resource you have, which is the time, talent, and energy of skilled people.

I thought, “What if I could just eliminate this from my entrepreneurial future?” So I established a law for myself that I will not talk about anything that I want to get done in my part of the company unless I first of all have spent a half-hour getting intentional about what needs to happen and have communicated it in the most crystal clear form that I possibly can.

I do this through a tool I created called The Impact Filter that anyone can use to get clear on an idea before communicating it to anyone else, to sell themselves on an idea before trying to sell it to anyone else, or to give someone else the success criteria for a project you’re delegating to them. It’s also my secret to making meetings more productive. In this one-page exercise, you summarize the purpose, importance, and ideal outcome of the project or idea, as well as the success criteria, best result, and worst result. Anyone reading it can see at a glance what your intentions are, the reason for the project, and what it should look like when it’s done and done well.

So I put a law on myself as the entrepreneur that I won’t ask for any meeting unless I’ve first done an Impact Filter. And this has been wonderful because people only get me at my clearest and most committed. I’m not wasting their time.

Dan shares his transformative tool The Impact Filter, which you can use with your team to get everyone on the same page with your new ideas, and make meetings and communication clearer and more intentional. Get your copy here.

No Impact Filter, no meeting.

But since I’ve decided I’m going to play the game that way, I want other people to play the game too. If someone has an idea or suggestion for me or they want to make an improvement and want to have a meeting with me, I’ve got to see their Impact Filter first. Because if it’s important enough for you to call a meeting and for us to spend time, then it’s important enough for you to spend 30 minutes doing your thinking before you get my involvement, my time, and my talent.

If I get The Impact Filter 24 hours before the meeting (I request that it come in the day before), I’m now responding not to the individual, but to the project. It’s not political. It’s not subjective. When the meeting starts, I’ve already done an enormous amount of thinking about what the other person is requesting, making meetings more productive. Indeed, any meetings I’m involved in tend to last only a few minutes. The majority of the thinking has been done ahead of time.

If someone sends me an Impact Filter on something, there is a 100 percent chance that something good is going to come out of it. I might have some suggestions on how it can be improved or added to something else, but we’re going to move forward with the original idea they have of improving something. If someone sends me an Impact Filter, they’re going to get a sense of success and progress out of the meeting. You can be six months into working at Strategic Coach, and your Impact Filter is just as important as anyone else’s in terms of it leading to progress, improvement, and success.

With The Impact Filter, you’re talking about something as an achievement story. People love stories, but they’re usually about the past. The Impact Filter is a story about the future. Yet it has all the ingredients of a great story. Why we love stories is that they have a beginning, a middle, and an end. With an Impact Filter, I’m describing the future with the same communication power as you would tell a story about the past. It’s persuasive, it’s informative, and it gets people on board with your vision, leading to buy-in from your team, making meetings more productive, and increasing the overall clarity and teamwork in your organization. 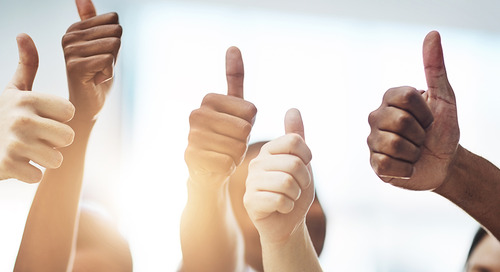 We all love to be acknowledged, and we’re taught that expressing our appreciation is part of being a caring... 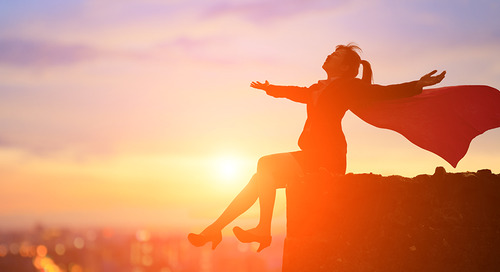 How To Find Your Superpower In Business

In life—and especially as an entrepreneur—one of the most valuable lessons that can be learned is that we a...