For Successful Entrepreneurs, Courage And Leadership Go Hand In Hand

When we think of great leadership, we often envision someone who emanates confidence and strength. There are many entrepreneurs who think this means that, to lead their companies, they must present an image of permanent self-assuredness and fearlessness.

But true leaders are ones who forge ahead even when they’re not confident and who let their teams know that they don’t always have the answers.

Some of the greatest leaders in history have publicly made commitments that they didn’t know, at the time, how they would pull off. In 1960, newly elected President John F. Kennedy declared that the United States would put a man on the moon by the end of the decade. They didn’t yet have the capabilities in place to do this, but nevertheless, he committed to making this happen. This could have been a disaster for Kennedy, but in the end, it was a success, and they pulled it off within the time frame with a year to spare.

Great leaders take risks with their reputations for the sake of moving ahead with a big, sometimes seemingly impossible, goal. Their vision and innovation spur them forward when they don’t yet have the capability to make these ambitions a reality.

Doing this takes courage. And being willing to go through periods of courage is essential to both entrepreneurship and leadership.

Being an entrepreneurial leader means having the courage to go into uncharted territory and take a risk without a guarantee of success. This type of courage is how you became an entrepreneur in the first place.

But owning your business now doesn’t make you a leader. It simply means you had courage in the past. A leader continues to take risks on their big ideas. Indeed, courage and leadership go hand in hand.

Remember that courage isn’t the absence of fear. It’s being afraid, acknowledging your fear, and pushing ahead toward your goal anyway, knowing that along the way, you’ll gain the necessary capabilities to achieve your goal, which will result in greater overall confidence.

Courage and leadership are key to being a successful entrepreneur. When you make a commitment to a bigger future vision and then show courage to reach a new level of capability and confidence, you demonstrate true leadership.

Don’t hide your courage in order to appear confident. Your team will be inspired by your courage and more willing to go through periods of courage themselves because of your example. Your willingness to repeatedly go through the discomfort of courage helps to normalize courage in your organization.

It also helps to unite everyone in your company. Sharing commitment and courage gives us a sense of solidarity with one another. We’re all human, and we’re not always confident. Showing that you’re prepared to take risks and move forward despite uncertainty makes it easier for others to do so. When you demonstrate courage and leadership, your entire organization becomes more entrepreneurial, and you set everyone up for success.

Your commitment and courage as a leader spur your team to make their own commitments that require courage. Your example makes it possible for everyone else in your company to be innovative and creative. You’ll even inspire courage and innovation in your peers and other leaders. When you show that courage is a key part of the process rather than something to be avoided, you earn the respect of others, and they will be eager to follow your leadership. 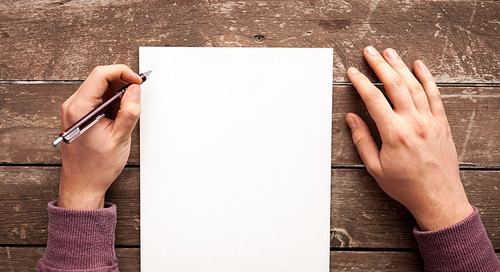 5 Benefits Of Writing Down Your Ideas

I think of a successful life as being one in which someone can continually turn thoughts into successful ac... 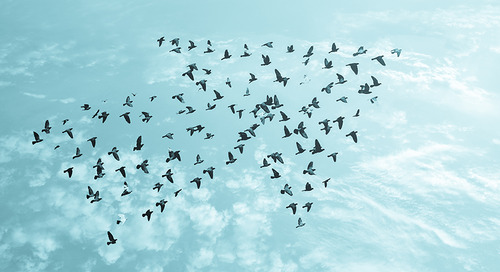 10 Of Our Favorite Great Leadership Quotes

The extraordinary entrepreneurs whose names we’ve committed to memory are all remarkable leaders. They had ...