If you’re an entrepreneur, one of the most dangerous misconceptions you can hold is that retirement is a good thing.

You became an entrepreneur because you’re passionate about what you do. Unlike someone in the corporate, bureaucratic world, you’re not working in a job to afford the future you want. Entrepreneurs are often fortunate to have already created a life that offers them freedom over their relationships, money, and time.

So why retire from something you like doing and that provides you with purpose and significance?

What you don’t know about retirement.

Similarly to how we retire factory equipment, resources, and technology, people retire because on some level they’ve made the decision that they no longer wish to be of use.

This makes sense if your work life is not really the life you’d like to be leading. But for entrepreneurs, their work is often more stimulating and more motivating than many of the other activities in their lives.

The decision to retire is one that informs your entire future. People who plan on retiring stop measuring and stop improving. They’ll only do things that will safely contribute to their ability to retire, as anything new would simply represent a delay toward that.

But when retirement is no longer the end goal, this has the ability to transform the future of your business. A life without retirement is what provides the motivation to keep growing, to keep finding new opportunities, and to continually expand on your capabilities. It’s how the best get better.

A mindset that’s the opposite of retirement.

Strategic Coach clients Terry Moerler and Raymond McCarthy, partners in life and business, are two entrepreneurs looking to expand their lives instead of shrinking them. They refuse to be taken out of use.

“People work and they retire and there’s nothing else for them to do. By avoiding this, it opens up opportunities that we don’t even know what they are yet. But we’re going to find out,” says Raymond.

Terry adds that although they’re at an age where most of their friends are contemplating retirement, it’s more important to them that they’re learning. “We’re not into thinking of age as a factor in which your life is over,” she says.

Never retiring means constantly recreating yourself. And if you want to recreate yourself, you have to constantly create new projects. There’s no reason to concentrate on bringing all your work to completion except to take it to a higher level.

Where your journey ends, no one can predict—we’ll all reach a point where the game runs out. But it’s not for you to bring that on. So start new projects, investments, and relationships, and watch your energy and your future grow instead of diminish. 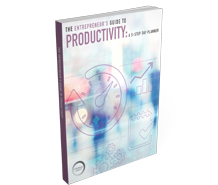